LinkedIn Citizens Who Can Be Movie Titles 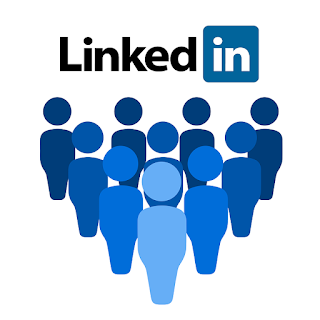 Almost Famous – The ones who humblebrag their badge of honor or newly achieved certificate every other hour spent on LinkedIn. They will always be almost famous!

Slumdog Millionaire – The ones who have rags to riches story to share and that has a potential for another rehash of a been there done with that Hollywood movie.

12 Angry Men – They are arm-chair critics who may not have a single worthy post to share but get immense pleasure in jumping to conclusions and harshly judging others' achievements or attacking naïve LinkedIn posts.

Vertigo – They are that rare breed whose meteoric rise on the career ladder is so heady, it can give an attack of vertigo.

Django Unchained – These are the swashbuckling cowboys who aggressively promote their organization and its products every day (even if it is a lame product/offer). Just short of getting the company name tattooed on their heart which rests on their sleeve.

Miss Congeniality – Her posts are about encouragement and motivation and stories about kindness, courage, and empathy. Their posts make you let out a deep sigh, make you teary-eyed and melt your heart.

The Pursuit of Happyness – These are the glass-half-full type of people who are hopeless optimists even in the face of adversity. Despite personal setbacks and challenges, they share utopian posts that can make even super-achievers doubt themselves.

Hidden Figures – With diversity being the darling of the season and possibly many more seasons in the future (and rightly so!), these LinkedIn users have found their niche. They won't stop posting about the hidden figures till the cows come home.

Avatar – These LinkedIn citizens are out there to make a difference but to their own Avatar. They want to save humanity from the clutches of climate change, pollution, overpopulation, hunger crisis, lack of education, corruption, and many global issues with their posts. Yes, just their posts. These are the armchair activists of the LinkedIn world.

The Return of the Living Dead

They were invisible on LinkedIn, but certain compulsions have made them go ballistic in recent times. Possibly, the merits of being active on LinkedIn have just dawned upon them.

They are the overtly obliging ones who are commenting on other’s posts “for better reach”. In a covert way, they are expecting the same return of favour.

Up in The Air

These citizens (or foreigners) were quite active in pre-Pandemic times, posting about their event appearances, achievements, and professional bravado gallantly struck across different countries/ continents. In recent times, this breed has vanished in thin air.